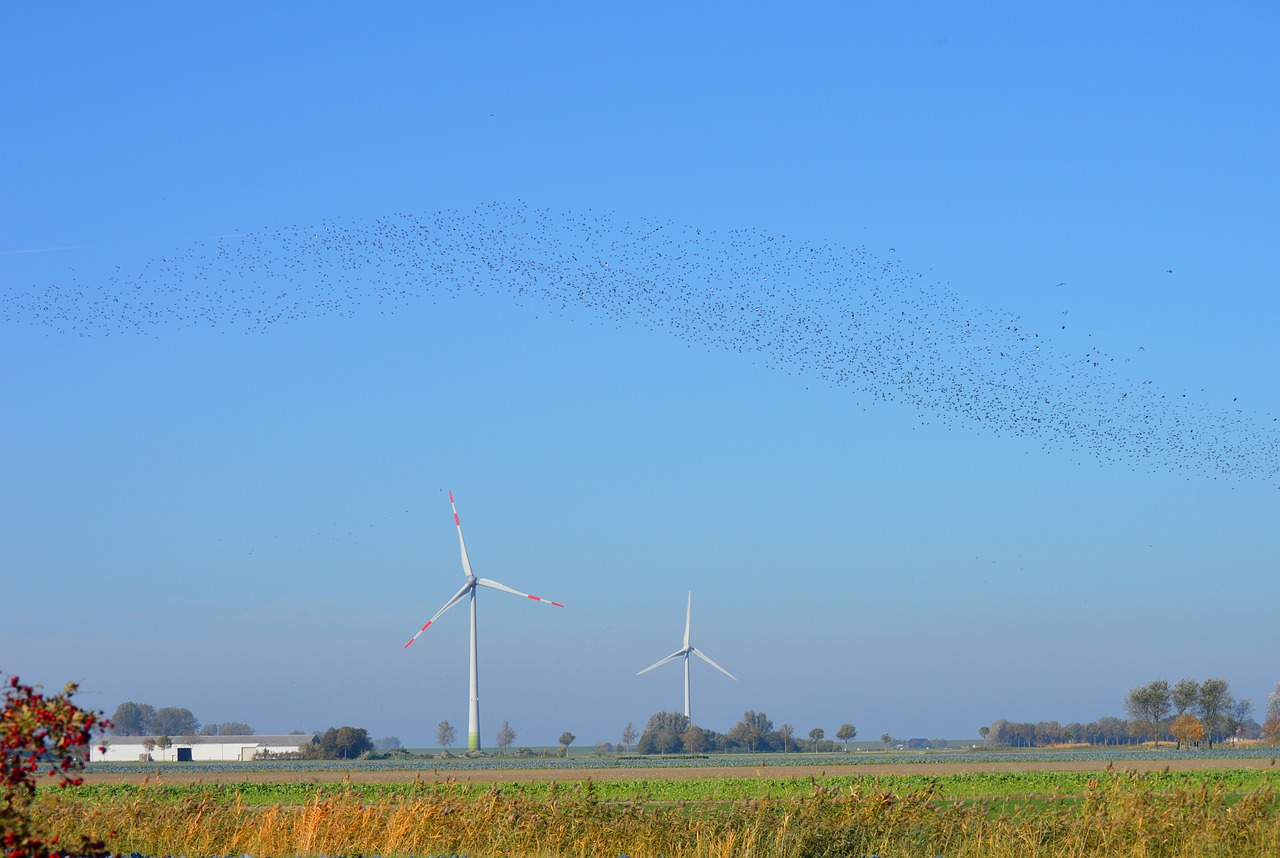 No human activity is without consequences for the environment and very often these consequences are negative. Construction of the road will take away valuable land from agriculture but also from small and large animals that would have lived on that land where now road is. Driving cars will kill innumerable number of insects, some of them useful (not just the bees!) and certainly, the unbreakable chain of natural life. About those far greater and frightening human endeavors, such as burning fossil fuels or excavation of mineral resources, it is not worth talking, even the construction of artificial dams for the need of energy production.

For wind it is said to be a renewable energy source that perhaps has the least negative impact on the environment. The use of wind power and wind power plants in operation are criticized for shadow flicker (say on a building nearby), for noise that turbine creates (not stronger than the noise of a vacuum cleaner and that is just in the base of the wind turbines themselves), or for spoiling the natural landscape (although there are many who find that the view of the turbine is pleasing to the eye). That leaves us with birds and bats.

For the last thirty years during which the wind energy is seriously in use, there was much criticism of the fact that wind farms represent the gallows for the birds. No wonder that the legislation of all countries in the world, before the wind farm project designing, requires serious analysis of the migratory corridors and flying conditions for - birds and bats. In Serbia, the regulation requires that professional organizations carry out measurements in the course of one year, during which period all birds and bats categories are classified, all types and subtypes are carefully recorded and especially migration corridors. The law will not allow the construction of a wind farm if its construction is planned on migration corridors or if in the park and its vicinity live protected species. This way, the legislator guarantees the maximum possible protection of fauna. If we add that in some cases, wind farms are equipped (inaudible to humans) in a way to deter bats and birds from the turbine, it can be said that the man did everything to protect our flying friends, especially to avoid any possibility of a negative impact on the rare species.

But, undeniably, each technology makes some kind of damage to nature. Smithsonian Institute states, that the number of birds that die annually from the blades of a wind turbine is somewhere between 100,000 and 600,000. The data are evaluated and hence this high difference in estimates. They are mostly made on the basis of a small number of wind farms in the United States, Norway and Germany, which are counting the number of the killed birds. Wind farms in the seas and oceans in the UK showed that the numbers of victim seagulls are far less than the birds killed from the mainland. What's more, perennial measurements showed that the birds were able to "learn" the existence of danger. As a result, the number of victims of seagulls from year to year is falling, and this also applies to birds that live on land. Overall, bats suffer far less from birds, primarily thanks to its natural radar mechanism, but also the fact that bats do not fly high. Monitoring has shown that most of the bats (although that number is small, much smaller than killed birds) weren’t hurt by the collision with parts of wind turbine, but as a result of air pressure impact produced by the turbine and only at higher peripheral speeds of the wind turbine propeller, therefore in the days when the wind is particularly strong. In those days, however, bats rarely or never leave their habitat.
No one can deny that the death even the smallest living creature is a damage to nature. Suffering of the birds and bats due to the (very useful!) wind turbine operation is a common argument of those who are against wind farms. But there is also a strong counter-argument, which says that birds and bats suffer far more in "natural" way. It is estimated that about 100 million birds a year worldwide are destroyed by our pets - cats. About as many are wounded in a clash with the windows of houses, a little less in collisions with cars. If we neglect cats and relation birds –cats declare as "natural", then various ways of transport (planes, cars) and construction (especially high buildings that are now the trend), destroy far, far more birds than all the wind farms of the world. And at this point, another assessment - which says that only one-third percent of total casualties of birds are killed because of the work of wind farms on the planet. Although we are talking about assessments, not quite exact figures, these estimates are very real. The reason is that the operation of all wind farms in the world is closely monitored and carefully recorded, including the number of dead flying individuals who find themselves in the wind farm. During the visit to the wind farm Vostane above Split, Croatia, on question how many birds (gulls and others) are killed by wind turbines, answer was - a dozen a year. And it is a park with installed capacity above 30 MW with dozen turbines. Thus, the assessment would be -one bird per turbine per year, with a tendency to decline, as they told us in this meticulously maintained park, where the occurrence of dead birds is carefully recorded. Birds are intelligent, they learn and are likely to pass the experience to new generations. But that's whole another subject for ornithologists and utility companies.